There are many gifts that the church has been given.  One of these gifts is the gift of prophecy (see Romans 12:6).  Within the Adventist Christian tradition, most Adventists view Ellen White, one of the church’s founding leaders, as having the gift of prophecy.  This means that many Adventists believe that her writings were inspired by God.  Most Adventists believe that the messages and inspirations she received were sent from God for the people living during the “time of the end.”

Seeing that this debate of women’s ordination is a hot topic within the Adventist denomination right now, and seeing that many Adventists view Ellen White’s writings as being inspired by God, it would seem privy to see what she has to say on the subject. 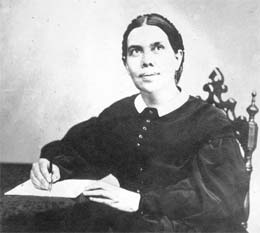 First of all, it is slightly ironic that many who argue that we are not to receive spiritual authority from a woman and believe it is unbiblical, have no issue at all receiving authoritative teaching from this woman – Ellen White – and this authoritative  teaching is received and utilized by reading and quoting her writings.  But that is beyond the point.  Ellen White has some very interesting things to say about women in ministry, especially since most of what she said was written in the late 1800’s and early 1900’s.

Included below are some of the most prominent quotes on the subject of women in ministry roles.  Just as we need to use good hermeneutic skills in the usage of reading and interpreting the Bible, the same is true of any source.  And so, with that being said, context is a huge element to take into account when understanding statements or quotes from authors.  When Ellen White uses the term “ministry”, she is either referring to canvassing ministry, medical ministry, or pastoral ministry.  All of the following quotes are only taken from the context of pastoral ministry.

On the topic of ordination, in her book Desire of Ages, Ellen White reiterates what the Bible already seems to reveal to us.  She writes,

In referring to the great need for women in preaching the truth, she writes,

“It was Mary that first preached a risen Jesus…if there were twenty women where now there is one, who would make this holy mission their cherished work, we should see many more converted to the truth.  The refining, softening influence of Christian women is needed in the great work of preaching the truth.”  (Evangelism, pg. 472).

In a blatant quote, where she writes about pastors also being involved in the canvassing work, she writes:

“It is the accompaniment of the Holy Spirit of God that prepares workers, both men and women, to become pastors to the flock of God.”   (Testimonies Volume 6, pg. 322)

Ellen White also encouraged the need for men and women to work together in gospel ministry:

“When a great and decisive work is to be done, God chooses men and women to do this work, and it will feel the loss if the talents of both are not combined.”   (Evangelism, pg. 469)

As in the case of families, Ellen White was a mother of 5 children and was still a minister and leader, showing us that it is possible to minister to others and still be a mother.  She exhorts the church to not judge mothers who want to be involved in ministry:

Seventh-day Adventists are not in any way to belittle woman’s work. If a woman puts
her housework in the hands of a faithful, prudent helper, and leaves her children in
good care, while she engages in the work, the conference should have wisdom to
understand the justice of her receiving wages.  (Manuscript Releases 5, pg. 324)

However, she also writes that perhaps some women were not meant to be mothers, but rather would be better fitted as ministers:

“The way is open for consecrated women.  But the enemy would be pleased to have the women whom God could use to help hundreds, binding up their time and strength on one helpless little mortal, that requires constant care and attention.” (Manuscript Releases Volume 5, pg. 325)

In reference to those who may feel women pastors are not fulfilling their unique feminine roles, check out this quote:

Woman, if she wisely improves her time and her faculties, relying upon God for wisdom and strength, may stand on an equality with her husband as adviser, counselor, companion, and co-worker, and yet lose none of her womanly grace or modesty. She may elevate her own character, and just as she does this she is elevating and ennobling the characters of her family, and exerting a powerful though unconscious influence upon others around her. Why should not women cultivate the intellect? Why should they not answer the purpose of God in their existence? Why may they not understand their own powers, and realizing that these powers are given of God, strive to make use of them to the fullest extent in doing good to others, in advancing the work of reform, of truth and real goodness in the world? Satan knows that women have a power of influence for good or for evil; therefore he seeks to enlist them in his cause.  — Good Health, June, 1880.

In writing about the importance of women being paid equally with that of men, she writes:

“Injustice has sometimes been done to women who labor just as devotedly as their husbands, and who are recognized by God as being necessary to the work of the ministry.  The method of paying men laborers, and not paying their wives who share their labors with them is a plan not according to the Lord’s order, and if carried out in our conferences, is liable to discourage our sisters from qualifying themselves for the work they should engage in.(Manuscript Releases Volume 5, pg. 325).

She also states in the book Evangelism:

“The tithe should go to those who labor in word and doctrine, be they men or women.” (Evangelism, pg. 492)

Ellen White wrote to a member of a church who was saying horrible things about some women who were leaders in the church.  In the letter, she notes that is it not gender, but character that determines fitness for church leadership:

“It is not always men who are best adapted to the successful management of a church.  If faithful women have more deep piety and true devotion than men, they could indeed by their prayers and labors do more than men who are unconsecrated in heart and life.”  (Manuscript Releases Volume 19, pg. 55-56)

The one known place that Ellen White recommends ordination for women is:

“Women who are willing to consecrate some of their time to the service of the Lord should be appointed to visit the sick, look after the young, an minister to the necessities of the poor.  They should be set apart to this work by prayer and laying on of  hands.  In some cases, they will need to counsel with the church officers ro the minister; but if they are devoted women, maintaining a vital connection with God, they will be power for good in the church.  This is another means of strengthening and building up the church.  We need to branch out more in our methods of labor.  Not a hand should be bound, not a soul discouraged, not a voice should be hushed; let every individual labor, privately or publicly, to help forward this grand work.”  (The Review and Herald, July 9, 1895)

It’s interesting that Ellen White doesn’t speak very specifically about “Ordination.”  And that brings me back to a question from my earlier blog:  where did we get the idea of Ordination?  Could it be that the way we do it is not even Biblical?  What if, as Ellen White writes above from Desire of Ages, ALL are ordained, and ordained by Christ alone and His Spirit!  What if this whole discussion is all a waste of time, bickering like children over who is best or who needs to be picked.  It’s like fighting over who gets the best seat in the family vehicle,  when in reality, it doesn’t really matter because we’re all going on the same trip, and God is in the driver’s seat!  I will deal with this question, ordination, in more detail in my final blog, but I do want to include this killer quote from Ellen White in her book Acts of the Apostles.  Check this out:

“Their (Paul and Barnabas) ordination was a public recognition of their divine appointment to bear to the Gentiles the glad tidings of the gospel.  Both Paul and Barnabas had already received their commission from God Himself, and the ceremony of the laying on of hands added no new grace or virtual qualification. It was an acknowledged form of designation to an appointed office and a recognition of one’s authority in that office. By it the seal of the church was set upon the work of God…At a later date the rite of ordination by the laying on of hands was greatly abused; unwarrantable importance was attached to the act, as if a power came at once upon those who received such ordination, which immediately qualified them for any and all ministerial work. But in the setting apart of these two apostles, there is no record indicating that any virtue was imparted by the mere act of laying on of hands. (Acts of the Apostles, pg. 162  Emphasis added)

So it is clear, according to the above statement, that ordination is merely a human recognition of something that God is ALREADY doing in a person.  So what gives us the right to say who we will or won’t “ordain” when God has already done the ordaining?  Perhaps we really, instead of talking about who should and should not be ordained, should be discussing our whole practice of ordination in general and whether or not it’s even Biblical.  In fact, what if ALL people were considered commissioned ministers already, and God is using them regardless of whether or not human hands are placed on them?  It seems to be the case, according the the Great Commission in Matthew 28:18-20 and Ephesians 1:21-23).   God is the One will ALL AUTHORITY, and He is the Head, and we ALL, regardless of gender, are under Him.  The very fact that He can use us at all, in all our brokenness, is truly miraculous. 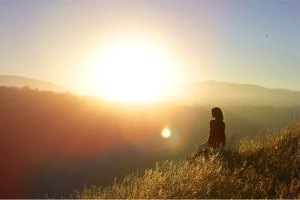 In closing, Ellen White was a leader beyond her time.  She faced opposition herself for following her calling from God.  She writes about an experience where her brother did not want her to be a female preacher.  He wrote to her imploring, “I beg of you, do not disgrace the family.  I will do anything for you if you will not go out as a preacher.”  Ellen White wrote back, “Can it disgrace the family for me to preach Christ and Him crucified?  If you would give me all the gold your house could hold, I would not cease giving my testimony for God.”  (Signs of the Times, 24 June, 1889, 2, emphases added).

NOTE:  For more info, check out this article entitled “A Power That Exceeds That of Men”: Ellen G. White on Women in Ministry“, which is chapter 10 from the book, Women in Ministry, Special Committee, SDA Theological Seminary.