It’s 3am.  Most of the human race is fast asleep.  But in some corners of the globe there are those who do not sleep.  They are the vigilantes for “truth and righteousness”, who hunt down all things that hint of sin and heresy and expose the evils to the world.  They pride themselves in their Bible knowledge and defend their scathing rebukes as being those of modern-day prophets standing up as God’s servants, defending truth and keeping God’s church pure and undefiled.  But does it actually work?  Does God need our defending, especially in the way a lot of people do it?    And could this type of behavior be a form of addiction – people getting “high” off the adrenaline that comes when the controversy gets out of hand and they are forced to defend their position using Scripture – forced to stand for the right, though the heavens (or hearts of others) fall?

First off, I want to mention how sad this whole thing makes me.  I have seen so many people be hurt by “saints” who are convicted to tell everyone how sinful they are, how unrighteous their decisions are, and how their footsteps are headed to hell.  It’s interesting, because in some cases, these vigilantes use the internet to spread their ideas and warnings to the online flock of God.  Many of these websites or postings only include a part of the story or have a very slanted view on a specific topic and can seem as a form of propaganda, all in defense of “truth” and “righteousness.”  I would even go so far in saying that a lot of this behavior, especially the websites and online posting, borders on a type of cyber-bullying.  There is no Matthew 18 principle being used, just an article that is typed up, a “sin” that is called out, and a swift tap of the “enter” key is pressed.  And this is really God’s work??  It sounds more like bullying to me. 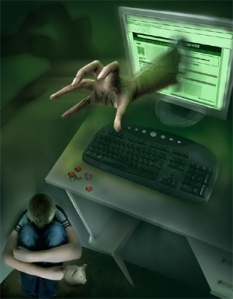 In case some of you are wondering, what is the “Matthew 18 Principle”?  In the Bible, (specifically Matthew 18:15-20) Jesus gives instructions about how to deal with conflict, someone who has wronged you in some way, or someone who has sinned against you.  There are four possible steps involved:  The first step is to go privately to the person and dialogue with them about the issue – just the two of you.  And you do it in the spirit of wanting to resolve the conflict.  The repairing of the relationship is foremost.  If that does not work, then you try the second step – you go again, this time bringing a witness with you, to keep the conversation from getting too heated.  This witness needs to be someone who is neutral to the situation, but who is in favor of establishing a peaceful resolution under the Spirit of God.  If that doesn’t work, the third step is to get the “church”  involved – meaning, maybe a spiritual leader in the church is made aware of it to help solve the conflict.  Maybe it means you ask for special prayer in a situation.  Always the intent in each step is to win the person back – to avoid drama, conflict or the creating of walls.  Finally, if the person still won’t be in favor of resolving the conflict or turning from sin, then you take the fourth step – you treat them as a pagan and tax collector.  Now at first this final step sounds harsh, but in reality it’s not.  Because remember this is coming from Jesus.  How did He treat pagans and tax-collectors?  He hung out with them (Matthew 11:19).  He loved them and was constantly drawing them towards Himself.  So if the first 3 steps don’t work, you don’t abandon someone – you treat them like Christ treated them – with LOVE, dignity and respect.

When it comes to the way most people deal with conflict or sin or other “evils of these last days”, they don’t usually use The Matthew 18 Principle at all.  Usually an article is written.  Or a sermon is preached. Or a post is made.  Or a website is updated.  Or conversations take place about the person or situation, but not in their presence.  In some extreme cases, someone may even wake up one morning to find their name blasted all over the internet, as if it were a gossip column, with accusations of being a sinner, or a “liberal” or a “conservative”, or of not following “the truth”, and therefore disappointing God and His Church.  These kinds of accusations can be very hurtful, and I would even argue that they do not represent the character of God, especially seen in how God Himself tells us how to deal with controversy.  (By the way, I find it very interesting that in the context of Matthew 18 we find the famously quoted verse that says “For where two or three gather in my name, there am I with them.”  (Matthew 18:20).  Could it be that revival and reformation is not falling on our churches because the very grounds for the promise of Christ’s presence being with us is in the context of those two or three gathering to make things right among themselves?  That as we come together, and lay aside our pride, and long to win back each other into unity, that this is where God’s Spirit is, and not in creating controversy). 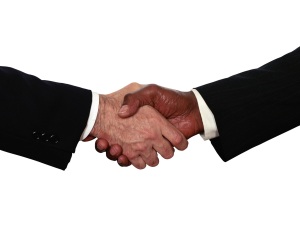 But I do believe that this whole thing is an addiction.  Too many people are in love with controversy.  There is an excitement and “high” that comes when any kind of drama is present.  And if we can hide it under the guise of “defending God”, it’s even better.  Why?  Because now there is a pulpit that has been created for me to be heard, and it’s even more intense in the online world.  It’s safe.  It’s like creating another identity.  I can hide behind the safety of my computer screen, and say all sorts of scathing rebukes, and get touted for being so righteous in this end time world.  I don’t have to see the pain on people’s faces as they are hurt by my words.  And then I get to defend my point using Scripture, and see what objections I will get to that, and then retaliate using more Scripture.  And before you know it, hours have passed, with me sitting on my butt defending the “truth of God”, getting dose-after-dose of adrenaline as the skeptics and pagans of the world argue with me.  And then, if I “win” the battle of words and texts, I celebrate…alone.  And if the controversy gets long-winded, and I have to go to work, or go on errands, all that consumes my mind is what is being said or typed – what are “they” saying that I must defend?  But wait!  I have an iPhone!  I can check my updates and posts and stay abreast everything that is happening.  And so people are sucked into the reality of the online world of tirades and defenses, all in the name of truth and righteousness, while they may be passing by the very ones God wants them to save.  But alas their head is buried in their smartphone or laptop, so that they can defend God and His truth…while meanwhile a world is dying for want of Jesus with skin on.  And the addiction continues.

When it comes to defending the character of God, I think some of us take it way too far.  Does God really need us to bully each other in His name?  Is His Spirit so crippled that we must try to be that Spirit and be omnipresent, all for the sake of vindicating His character?  Could it be we go overboard, not meaning to?  I’m not saying we never stand up for the right thing or stand up for truth and justice.  What I’m talking about is when people don’t follow Matthew 18 and become so consumed with defending truth that they have to constantly hunt down new stories, articles and examples of people or things that are not “godly.”  And then this, in turn, consumes their lives, and addiction to controversy follows. I would say, God has asked us to be His body of love, grace, mercy and justice to a world in need.  He doesn’t need us to be omnipresent – He’s got that covered.  He needs us to be present in the places He’s placed us in – to be open to bringing love to a world that is consumed in darkness and controversy.  We don’t need to add more darkness and controversy to a world that is already steeped in it.  God tells us that the world will know we are His followers by our love (John 13:35).  He also calls His followers Children of Light, and not of Darkness, so therefore walk in the light (Ephesians 5:8).  And He says that genuine religion in the sight of God is caring for widows and orphans, and keeping yourself from being corrupted (James 1:27).

Finally, it is a very dangerous thing to claim to be a follower of God and be consumed with accusing people of wrong-doing, especially while neglecting Matthew 18.  The reference that is used in the Bible for accusing others is referring to the Devil.  It says in Revelation 12:10 that the devil, Satan, is known as the accuser of the brethren, who accuses them before God day and night.  So we must be very careful when we accuse others, even in the name of God, because we may actually be acting more like the Devil in doing so.  Notice that the verse in Revelation says that the devil accuses people before God.  When we look at a reference in Zechariah 3, the story is told of Joshua, a priest, who stands before the Lord and Satan is standing at Joshua’s right hand accusing him to God.  But then God rebukes Satan and tells him that Joshua is chosen and is a stick that has been snatched from the fire.  He then puts clean fresh clothes on Joshua and says “see, I have taken away your sins.”  So to be like Christ, it seems, is not to accuse others, but to look for ways of snatching them from the fires that try to take them down, and clothing them with love and kindness and grace.

May we be filled with LOVE in all things. May we work to build bridges and not create walls.  Like the old hymn reminds us, may our time be spent in turning our eyes upon Jesus… and as we see Him more and more, we can’t help but reflect that love to others.  May our efforts be consumed in being the body of Christ to the corners of the world we find ourselves in – being grace, love, mercy and justice to every human brother and sister we encounter.  And lastly, may we not get caught in the trap of addiction to controversy! 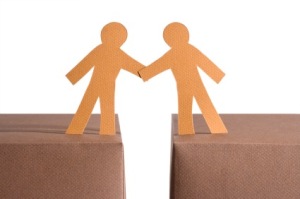 3 thoughts on “Addicted to Controversy”